You're Here: Home » What Is Retin-A and Are There Any Non-Prescription Alternatives?

What Is Retin-A and Are There Any Non-Prescription Alternatives?

Retin-A can do some really great things for your skin (besides clear acne)– there’s no denying that.

However, it does require a prescription and some of the side effects are just too intense for many people to tolerate.

The good news is, there are a slew of over-the-counter retinol creams that do essentially the same thing as Retin-A, without all the negatives.

But before we get to those, let’s take a step back and briefly go over Retin-A and what it does…

Retin-A (brand name for the ingredient tretinoin) is a vitamin A derivative that was approved by the FDA over 40 years ago as a prescription acne treatment.

In addition to clearing up acne, doctors also noticed that their patients skin also looked brighter, smoother and less wrinkled.

That led to Retin-A being used and studied as an anti-aging treatment.

After decades of real-life use and clinical studies, it’s now widely accepted that Retin-A and all its retinoid derivatives are very good at:

That’s a lot of proven benefits for one ingredient!

But for all the wonderful things about Retin-A, there are a few downsides…

First, it requires a prescription from a doctor.

While that’s not a huge deal for some people, it does require the time and expense of a trip to the doctor, a trip to the pharmacy and follow-up visits.

Second, Retin-A has some annoying side effects.

These are due to the fact that Retin-A has very small molecules which can penetrate deep into the skin. It’s been known to cause mild-to-moderate redness, peeling, scaling, itching, burning and worsening acne.  These side effects are typically more pronounced in the first 6-8 weeks of use.

Third, Retin-A makes skin more sensitive to sunlight.  So you’ll have to extra careful with your sunscreen application.

All-in-all, these downsides to Retin-A may not bother some people.

But for those who don’t want to deal with them, there’s a really good, non-prescription alternative.

And that alternative is retinol.

Retinol is an ingredient found in over-the-counter creams and works in a similar way to prescription treatments like Retin-A.

When absorbed by the skin, retinol is actually converted into retinoic acid, the same thing found in Retin-A.

However, this “extra step” of converting the retinol makes it less potent…

And according to New York cosmetic dermatologist Dr. Dennis Gross, “this dramatically reduces the negative effects of Retin A- the peeling, sun sensitivity, redness- but has all the same fundamental results.”

Further, Dana Sachs, associate professor of dermatology at Michigan Medical School says, “There’s a lot of literature showing that while retinol is more gentle than retinoic acid (Retin A), biochemically it does exactly the same thing– it just may take longer to see results.”

Did you catch that?

What these experts are saying is over-the-counter retinol cream can get you the same results as prescription Retin-A, it just takes longer to see them.

But with these creams, you can probably avoid most if not all of those annoying side effects we talked about earlier.

So that’s really the choice you’re left with…

If you don’t mind seeing a doctor regularly and dealing with some side effects like redness, burning, and peeling, Retin-A is a great choice for relatively quick results.

But if you want the same results (just a little slower) and minimize the side effects, then a OTC retinol cream would make more sense.

Either way, you’re sure to love the proven benefits of what this amazing ingredient can do for your skin!

If you decide to go the over-the-counter route, be sure to check out our ranking of the best retinol creams.

Connect with us at these places for more updated wrinkle cream reviews, discounts and product giveaways!

New On Our Blog 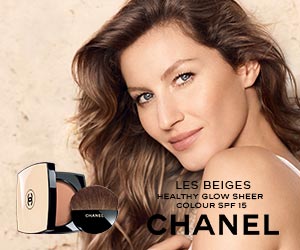